A Scientist’s Path to Aligning Body and Mind

David Robinson, whose work focuses on the design and management of algorithmic decision making, is a Visiting Scientist in the AI Policy and Practice Initiative in Cornell University’s College of Computing and Information Science. This is his story of going from a man uninterested in his own physical appearance to eventually finding balance between body and mind.

I first noticed fashion at the age of five or six. I was born with a mild physical disability, and early on I wore knee-high leg braces—not exactly the height of playground couture. They made me stand out. I became a proud nerd, absorbed in a book at the side of the basketball court. What I couldn’t have was smooth looks and a graceful way of moving in the world. So, I subconsciously decided not to want that at all.

To me, it seemed that if you focused on how things looked, it meant you were stuck on the surface, indifferent to the deeper essence of things. I associated caring about clothes with not caring about books, or ideas, or politics, or even art. In any case, I had little control over what I wore then. My dad, who had been required to don a jacket and tie for dinners in his college dining hall in the early 1960s, dressed my brothers and me in trousers and forbade us from wearing jeans or anything with writing on it.

Well into young adulthood, I was ostentatiously uninterested in fashion, dressing in bland and ill-fitting khaki trousers, not to mention my out-of-control hair that suggested I must have been a crazy professor. The only time I got interested in clothing was to nerd out about high tech fabrics, like synthetic dress shirts that you can machine wash and hang dry.

But one day after a law school exam, I wandered into my first yoga class, and my perspective started to shift. I realized that I hadn’t just been reacting against other people’s ideas that something was wrong with my body and appearance. I’d been carrying such ideas around myself and reproducing them partly by neglecting my appearance. It might seem like a paradox, but yoga—and, later, meditation—actually put me on a path toward taking greater interest in how I looked. 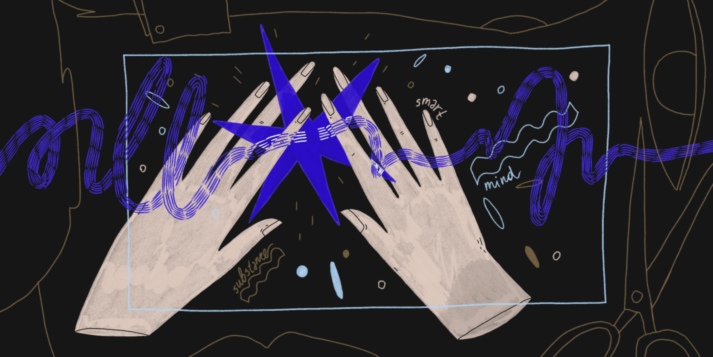 We all know that how you dress can change the way other people see you and relate to you. But I came to realize that, by dressing or grooming a certain way, I was also setting the tone for the way I thought and felt about myself. Taking care over my appearance was a way to demonstrate—both to myself and others—that I was worth taking care of.

Rather than think of mind and body as separate, I’m focused now on how the two are linked. Neglecting one wouldn’t help me take care of the other. Appearances don’t always tell the whole story, but they do always tell some kind of story. How we look is a chance to tell stories to ourselves and to others about who we are. Now matter what, we use that chance all the time, whether to show off a creative sense of style or to impart one’s own indifference and neglect.

Plus, I have to say, it doesn’t hurt that my wife thinks my butt looks cute in tight jeans.

Begin typing your search above and press return to search. Press Esc to cancel.